Thank you for your interest in our company. Complete the form below to send us an email, or simply give us a call. We're looking forward to working with you.

Your message has been sent.

Please make sure fields are complete. 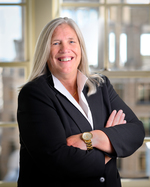 Chairman of the Board

Susan M. Gordon has more than thirty years of experience across the intelligence community and has served in a variety of leadership roles including advising the U.S. President on intelligence matters. In this role, Gordon also provided strategic leadership of the 17 agencies and organizations across the Intelligence Community. Prior to that, she was Deputy Director of the National Geospatial-Intelligence Agency (NGA) where she drove NGA’s transformation to meet the challenges of a 21st century intelligence agency. She also previously served at the Central Intelligence Agency (CIA) for more than 27 years, holding senior executive positions in each of the Agency’s four lines of business: operations, analysis, science and technology, and support.

She currently serves on the boards of several public, private, and non-profit companies, is a senior fellow at Duke and Harvard universities, and advises companies on technology, strategy, and risk. Earlier in her career, she designed and drove the formation of In-Q-Tel, a private, non-profit company whose purpose is to deliver innovative technology solutions for the CIA and intelligence community. 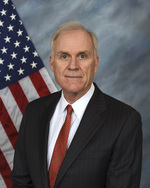 Previously a member of the U.S. Marine Corps and an H-46 pilot, Spencer left active duty to pursue a 15-year career on Wall Street working in investment banking services. He served as president of Crossroads Investment Management, LLC, and then joined Intercontinental Exchange, Inc., as vice chairman and chief financial officer. Before being nominated as the Secretary of the Navy in 2017, Spencer was a managing director of Fall Creek Management, LLC.

Spencer served on the Defense Business Board from 2009 to 2015 and the CNO’s Executive Panel from 2015-1016. He has also served on multiple corporate boards, and his charitable activities include board service on the Marine Corps Heritage Foundation, The Community Foundation of Jackson Hole, Veterans Campaign/Center for Second Service and Honoring Our Vet, among others. 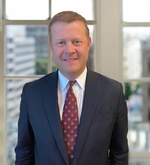 Previously, McCarthy worked for Lockheed Martin Corporation in sequential vice president roles responsible for the sustainment, customer solutions and program integration of the F-35 Joint Strike Fighter program. Prior to that, McCarthy was a special assistant to the 22nd Secretary of Defense Robert Gates, under President George W. Bush and Barack H. Obama.

McCarthy served in the U.S. Army from 1997 to 2002 and deployed in combat operations during the invasion of Afghanistan in support of Operation Enduring Freedom with the 75th Ranger Regiment, U.S. Army Special Operations Command.

McCarthy currently serves on the Board of Directors of CACI International, Strive Works, Tomahawk Robotics Incorporated, and is a Special Advisor and Venture Partner at Scout Ventures. He is the Distinguished Visiting Professor of Practice at Syracuse University Maxwell School of Citizenship and Public Affairs, and is on the Board of Advisors of the University of Maryland Robert H. Smith School of Business.